Bigen allies with Northern Cape in war on COVID-19 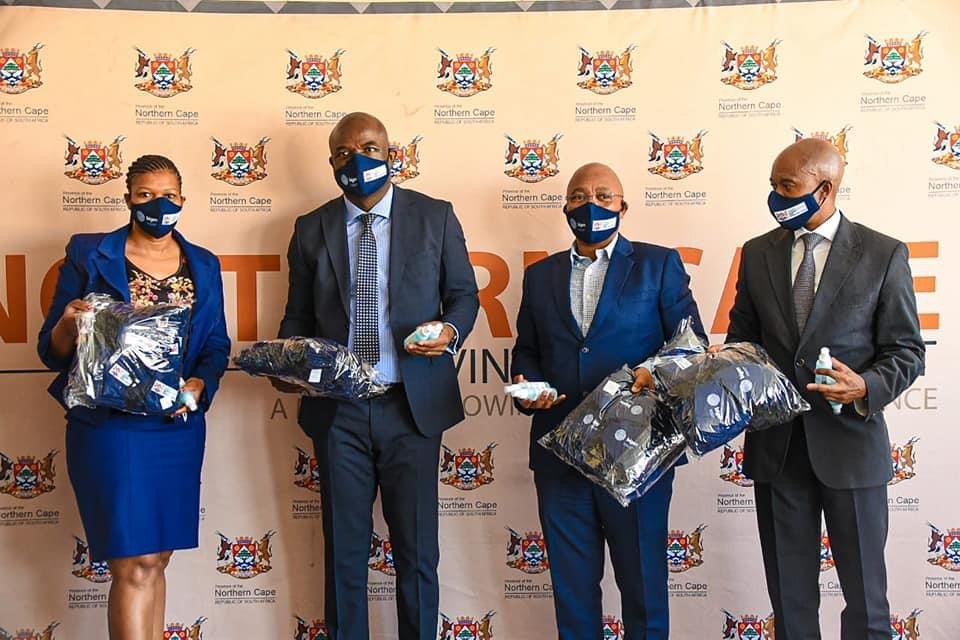 Bigen boasts a rich legacy of projects in the Northern Cape such as the Lerato Park housing development, Vaalharts water revitalisation project, Transnet’s Ngqura Manganese expansion project and the Galeshewe Hospital project – all of which illustrates our significant contribution to development impact and our creed of “doing good while doing business”.

In our latest initiative in the Northern Cape, our team has seen to it that our red hot brand also reaches ground roots level – all in the name of “doing good while doing business!”  Our Bigen team in Kimberley has taken the initiative to arm vulnerable communities in the Northern Cape – including learners, the elderly and the poverty-stricken – in their fight against the corona virus with a donation of 25 000 branded cloth masks and 25 000 portable hand sanitisers.

Our Group purpose is, of course, to consistently benefit the communities in which we work, our clients, stakeholders and employees; and to improve the livelihoods and well-being of the people of Africa. In the Northern Cape, Bigen is achieving these goals through involvement in several projects delivering people-centred infrastructure in the Northern Cape to empower local residents for a sustainable future, which includes prioritising localisation and inclusivity. In this province, Bigen has sourced almost 85% of main contractors and almost all subcontractors from the local population.

The projects on which these immense benefits have been delivered are:

Transnet’s Ngqura manganese expansion project aimed to establish a new manganese terminal, enabling closure of the existing Port Elizabeth terminal after a complete upgrade of the 1 100km railway line between PE and Hotazel in the Northern Cape. Bigen, appointed as sub-consultants by successful bidder H2NS-JV who was responsible for the full engineering, procurement and construction management (EPCM) service, was specifically responsible for the rolling stock workshop development, design in the port and all in-port civil works.

The Langeberg industrial park development project will provide a facility for the handling and export of manganese and other bulk materials originating from the Northern Cape in containers and skips, and placement onto seaborne vessels of Saldanha. Bigen provided the engineering design and development of the logistics infrastructure and facilities for the establishment of a bulk materials handling terminal at the back of Port of Saldanha.

In the refurbishment of the Galeshewe Day Hospital maternity ward in Kimberley, as part of the expanded public works programme, Bigen met an almost impossible tight deadline by completing the project within three weeks. The project not only drew high praise from various officials, but resulted in two additional contracts in the Expanded Public Works Programme (EPWP) refurbishment project at the Galeshewe Day Hospital – renovations in the paediatric unit and refurbishment of the records room.

Bigen is pleased to be partnering with the Northern Cape to assist it in meeting its provincial development goals while also “doing good while doing business” through promoting skills development, local participation, socio-economic development and sustainable service delivery on projects.