Do we truly know what it means to be free; food for thought on Freedom day 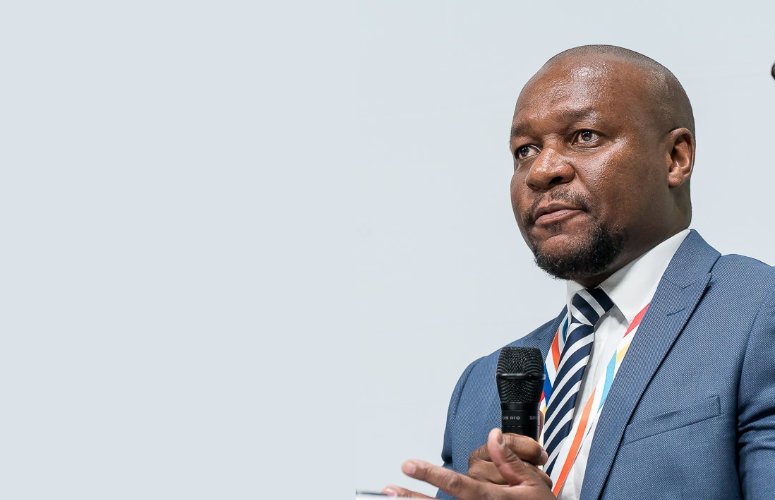 The livelihoods and social fabrics of communities living in villages, growth points, districts, towns and cities dotted across Africa   have been significantly impacted by the COVID-19 pandemic. The economic impact caused by lock downs, reduction of trade in goods and services and curtailment of travel and tourism has shrunk many economies and resulted in massive unemployment.

This threatens to upend the many socio-economic and political gains achieved during a time which former South African President, Thabo Mbeki termed the ‘African Renaissance’ period. A period characterised by the growth of pan African institutions, setting in motion the implementation of continental programmes such as New Partnership for Africa’s Development (NEPAD), Pan African Parliament and recently, the African Continental Free Trade Area. Agenda 2063 of the African Union and other initiatives are a guiding light towards the realisation of a united continent.

What is becoming clear however, is that the pandemic has the potential to destabilise more than just lives and economies. The pandemic has created the perfect storm for the possible destabilisation of democratic norms that have taken many years to attain and entrench.  The emergency powers enacted to combat the virus have allowed governments to restrict movement, social media, public gatherings and the imposition of curfews – bringing back painful memories of minority government excesses that were unleashed on the populace in sub-Saharan Africa in the 60s, 70s, 80s and 90s. Some would argue that we have never been in more danger of losing our freedoms than the times we now live in.

Some governments have taken the opportunity to pass more draconian legislation that serves to limit the abilities of opposition parties to campaign and canvass votes as part of the normal democratic process. They have utilised the pandemic as a shield to mask curtailing freedoms enjoyed by the population. Some experts believe the fears of contracting the virus will further compound erosion of democracy by driving down participation in elections for some years to come. Some argue that this crisis also presents an opportunity for establishing mail in voting and other e-voting technologies.

The experiences and controversies of the last US elections demonstrate that we are still a long way from replacing in person voting.  All these factors combined, have the potential to decrease political expression by stifling smaller parties with less resources to get their messages to the electorate. Shrinking funding has also reduced the level of activity of civil society organisations who play a critical role in electoral awareness and elections monitoring.

It is no secret that conducting what can be viewed as ‘free and fair’ elections have been challenging on the continent and conflicts linked to perceived electoral malpractice have been pandemics on their own. Many deaths, politically motivated arrests and incarcerations of opponents have graced many news outlets.

We have seen extraordinary contestations over election results in Kenya, Zimbabwe, Uganda, Nigeria, Tanzania, Malawi, DRC and Mali to name but a few. The legitimacy of some governments remains in question and is challenged though the courts. The concomitant negative impacts on the socio-economic conditions of Africans in countries with disputed elections have its genesis in this legitimacy crisis. We have many insecure governments that are afraid of the electorate and craving more restrictions, not less. This fear spawns the erosion of institutions of democracy, the judiciary, policing, prosecutions and the treasury. This leads to poor governance, poverty, rampant corruption and erosion of the rule of law.

South Africa is headed for local government elections on Wednesday, 27 October this year.  Free and fair elections in South Africa are a regular exercise in democracy conducted since 1994. Universal suffrage is in my view a privilege, and indeed, also a right – attained through sacrifice, but highly underappreciated! The universal rights to vote and the one person one vote principle has been the clarion call of most pan African liberation movements on the continent. This call saw young men and women leave their homes and flee into exile to fight a system designed to deny Africans the right and freedom to cast their votes freely.

With all its challenges, regular elections have become enshrined as a cornerstone of most African countries’ constitutions with various systems created to manage the conduct of the elections. We have a plethora of organisations including institutions of higher learning, NGOs and public international organisations driving the standardisation of the rules around elections. The judiciary has found itself increasingly playing referee over the applications of these rules.

As a result of the lockdown restrictions and challenges in campaigning, some political parties and civil society organisations have called for the postponement of the upcoming local government elections in South Africa. They have raised doubts on the ability of the Independent Electoral Commission to conduct the elections and claim that local government is about local issues and hence the failures to campaign freely, due to COVID-19 restrictions, would render the election “not free and not fair”. Proponents argue that the postponement of elections would be unconstitutional. They point to many other countries that have held ‘successful’ elections under COVID-19 restrictions. Without postulating on the merits or demerits of these arguments; the outcome of any election in our tense political environment must be respected and seen as a legitimate expression of the will of the electorate.

It is important as we commemorate Freedom Day on 27 April, to take time to reflect on how important it is to safeguard our democratic gains and protect our fundamental rights and institutions. This is so that we honour the legacy of those who paid the ultimate sacrifices for the freedoms we enjoy. We must ensure that freedom, like a beautiful tree in a garden, must be nurtured so future generations may also enjoy its fruits.

Dr Mthandazo Ngwenya is managing director of development advisory and impact division of the Bigen Group in South Africa.